Tony Dungy: ‘NBC Pays Me to Express My Opinion’

If you were a paid sports analyst like Tony Dungy and reported on the Super Bowl, wouldn’t you have reported on Nick Foles’ Christian faith? He’s a strong Christian, as is the Philadelphia Eagles coach Doug Pederson, injured  QB Carson Wentz, and tight end, Zach Ertz. The Philadelphia Eagles in fact have been called a Band of Bible-Believing Brothers. So is it all that suprising that Tony Dungy, NBC Sports analyst, would mention Nick Foles Christian faith?

Tony Dungy is an outspoken Christian

Tony Dungy is an outspoken Christian himself. He defended himself in the midst of the criticism, arguing that since Foles’ faith is an important part of his life, it’s a topic worth covering.

Following the Eagles’ Super Bowl victory on Sunday, Tony Dungy said Foles — who was named MVP of the game — stated last last week he thought God put him in Philadelphia for a “special moment.” 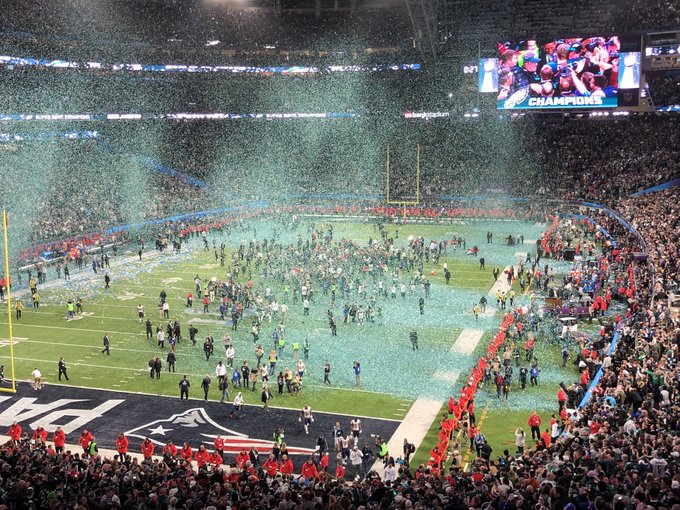 Congratulations to the Eagles. Nick Foles told me last week that he felt the Lord had him in Philadelphia for a special moment and he played like it tonight.

The next day, Tony Dungy posted a picture of his son, Justin, surrounded by a group of Eagles players, including Foles. Dungy said he had found the players “in a room by themselves—praying and thanking God” after winning the Super Bowl.

After all the celebrations and confetti Justin caught up with the 3 Eagles QBs Nick Foles, Carson Wentz & Nate Sudfeld along with Zach Ertz who scored the winning TD. They were in a room by themselves—praying and thanking God. It was great for him to see that.

It didn’t take long for Twitter users to criticize Tony Dungy for using his platform to promote his Christian beliefs.

Congratulations to the Eagles. Nick Foles told me last week that he felt the Lord had him in Philadelphia for a special moment and he played like it tonight. pic.twitter.com/BgYvucnK6Q

@TonyDungy unbelievable you would use your employer, @NBCSports, to spout this nonsense on the air. @TweetofGod

TONY DUNGY – His job is to EXPRESS HIS opinions.

However, Tony Dungy had a response ready to address the critics. Not only did he note that his job is to express his opinions, but he also said he stands by his belief that Foles performed so well in part due to his Christian faith.
“NBC pays me to express my opinion,” he wrote. “And it was my opinion that Nick Foles would play well because his Christian faith would allow him to to play with confidence. And that he’s a good QB. I think I was right on both counts.”

NBC pays me to express my opinion. And it was my opinion that Nick Foles would play well because his Christian faith would allow him to to play with confidence. And that he’s a good QB. I think I was right on both counts. https://twitter.com/eladler/status/960395943416881158 …

After a Houston sports writer suggested that Dungy’s comments should not be “part of football analysis,” the former head coach pointed out that it’s his job to report on what the quarterback tells him.

“If he credited a coach for saying ‘Stay calm and be confident’ that’s good,” Dungy said. “But if he tells me Christ says that to him I shouldn’t report it???”

Why would you find it hard to believe that the Holy Spirit could speak to Nick Foles just as much as a coach could speak to him? If he credited a coach for saying “Stay calm and be confident” that’s good. But if he tells me Christ says that to him I shouldn’t report it??? https://twitter.com/stephstradley/status/960902024626888704 …

In another tweet, Dungy explained why he thinks it’s important to talk about how Foles believes God put him in Philadelphia. His reasoning extended beyond sports.

“This was much bigger than the score of a football game. How many young boys are going to look up to Nick Foles because of what he did in this moment?” he asked. “When they do they’ll see something about LIFE!”

But other users took issue with what they saw as an implication that Foles won the Super Bowl because his faith is stronger than that of New England Patriots quarterback Tom Brady, whose team was defeated by the Eagles.

Dungy then clarified this was not at all what he was trying to say.

Wait, so his faith was greater than Brady’s? So atheists can’t win? My opinion is you’re a terrific analyst and coach. I just disagree with you on this point. https://twitter.com/TonyDungy/status/960773963159830528 …

Didn’t say anything about Brady. Didn’t make any comparisons. Didn’t say God wanted the Eagles to win. Said Foles’ faith lin Christ played a role in him playing so well.

Tony Dungy is a paid sports analyst. He’s paid by NBC to analyze sports and give his OWN opinion. That’s his job.

If Tony Dungy, an NBC sports analyst, believed in HIS opinion Nick Foles’ Christian faith played a BIG role in Foles confidence in the Super Bowl – that’s HIS opinion. He expressed his opinion and now he’s being hammered for it?

Come on man! Get over it!

That’s a pretty good analysis if you ask me. The Philadelphia Eagles are a Band of Bible-Believing Brothers. Strong in faith and strong in confidence.
One Philadelphia Eagles, wide receiver Marcus Johnson, was baptized by his fellow teammates and coaches in a hotel pool prior to a Thursday night game. Now, I’d say THAT’S some STRONG Christian faith. Wouldn’t you?
Even the Eagles, number one leader and their injured starting QB Carson Wentz played for an ‘Audience of One’.  He said nothing could stop him from praising God in the storm and leading his teammates to victory.
Christianity is more than just a pre-game prayer

More than just a pre-game prayer on the field, Christianity has become “the locker room’s binding force” behind Philadelphia’s cohesiveness both on-and-off the field this season.

In celebration of the team’s faith movement, the Philadelphia Eagles organization released a video on Facebook, giving fans a deeper look at what their favorite players are all about.

So, if you ask me….Tony Dungy is a very good analyst with a strong insightful opinion about the strong Christian faith and the Philadelphia Eagles team.

What’s a matter, just because it’s not about kneeling….Dungy can’t talk about it?

Kaepernick Slams ‘US Government’ For Stealing From ‘Indigenous People’ At…