As if you haven’t heard enough about Russia, now there’s THIS! Talk about a high-tech military with a hypersonic missile! What a military revolution.

“Efforts to contain Russia have failed, face it,” Putin declared in a two-hour speech at his annual state of the nation address in Moscow, Russia, which included computer simulations of new arms including hypersonic systems, intercontinental missiles, and underwater drones. 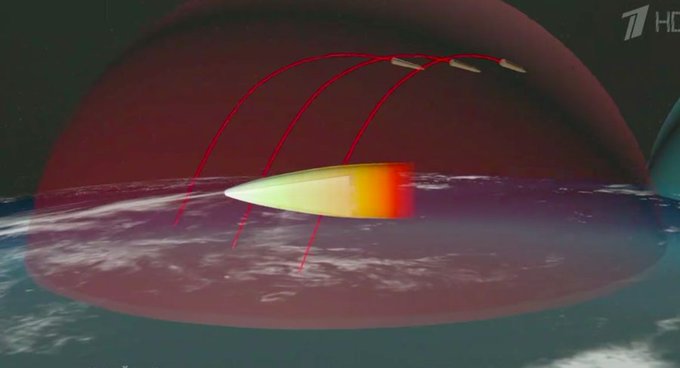 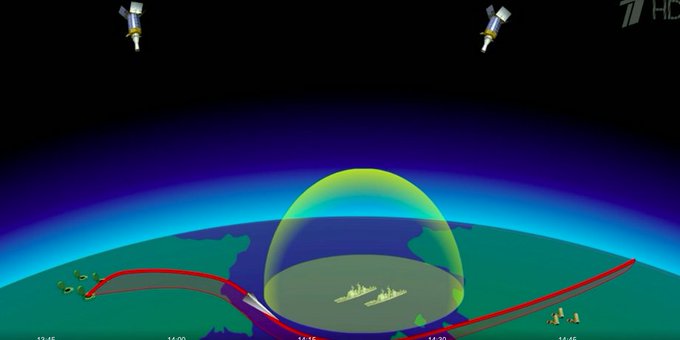 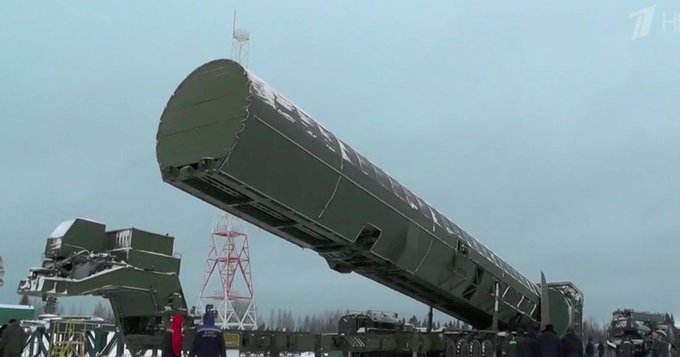 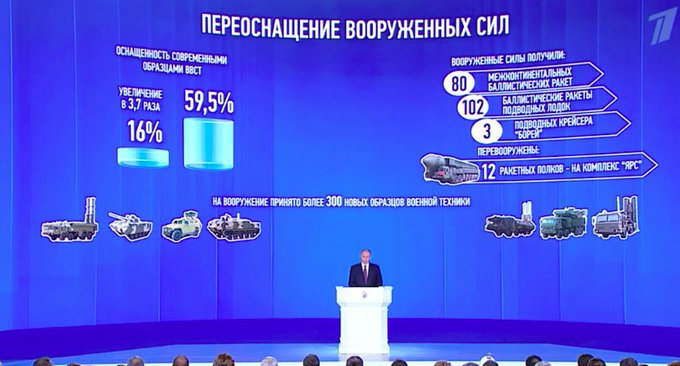 Putin said the creation of hypersonic systems has made NATO’s U.S.-led missile defense shields in Europe utterly “useless,” and means the era of the Western world attempting to prevent Russia’s expansion is over.

“I want to tell all those who have fueled the arms race over the last 15 years, sought to win unilateral advantages over Russia, introduced unlawful sanctions aimed to contain our country’s development: all what you wanted to impede with your policies have already happened,” he said.

Putin confirmed our thoughts about the era of hypersonic is now, and an arms race among major superpowers is well underway; he said, all countries with a high level of scientific potential “are actively developing hypersonic weapons.”

Here is the bombshell: “Russia already possesses such weapons,” the president announced. He warned that the world’s leading armies (China, Russia, and the United States) are in a hypersonic arms race. The Russian possession of hypersonic weapons has spurred a modern, compact and hi-tech revolution of Armed Forces, Putin added.

“We can say with full grounds: Russia has created modern Armed Forces, which are compact and hi-tech troops for this huge territory, with the officer corps as its heart, where every officer is ready for any sacrifice for its nation,” he said.

Putin told the audience that Russia started working on hypersonic weapons to counter America’s missile defense systems, as early as 2004, but he said that Washington ignored our warning.

Now “you will listen to us,” he declared.

And just to underscore that, some have pointed out that the Putin video of the new ICBM shows MIRV set to impact with Florida in the background.

The hypersonic weapon – a version of which was revealed recently by China – is capable of deploying a wide range of nuclear warheads, which will be sent into the upper atmosphere via the Sarmat system and will be able to strike targets from the south and North Poles, Putin said.

Last week, Deputy Prime Minister Dmitry Rogozin said that the hypersonic missile “can rip [US] air defenses apart,” adding that “at the moment [the US defense shield] poses no serious military threat to us, except for provocations.”

Russia’s stunning warning comes at a time when America’s foreign military empire – stitched together with more than 800 military bases across the world – is facing structural and secular challenges every day. A key fear is that the country whose debt even the Fed admits is increasingly unsustainable, will be unable to afford these military installations, but also, failing to modernize America’s military with hypersonic weapons could lead to the empire being dethroned.

For the decades of the Cold War, liberals in the West and the American Democrat Party tried to convince the world that the struggle between the United States and the Soviet Union was at best a conflict between two equally legitimate forms of governing. (A lot of libs would have preferred the Soviet way. Bernie Sanders could have gone anywhere for his honeymoon, he chose the Soviet Union.)

When President Ronald Reagan finally called the United States and its allies to take a serious stand against the “evil empire,” he sowed the seeds for its destruction through superior American strength and eternal vigilance (the “trust, but verify” days).

It looks like we have returned to a time in history. It’s time for President Trump and his administration to “trust, but verify” if what Putin is saying is true.

Although, according to analysts Fox interviewed, the new Russian weapons are nowhere near ready for deployment, and will not change American strategy anyway. (“Nothing’s different today than it was yesterday,” one said. “If they nuke us, we will nuke them back.”)

Oh and by the way….why Florida you say?

Tampa is home base of the United States Central Command.

Trump Trolls French President Emmanuel Macron In Tense Meeting, ‘Would You Like Some…